Sodas are carbonated drinks, termed as a “soft drink” derived from “soda water”, and its history dates as far back as 1798. Joseph Priestly invented carbonated water in 1767, when he first discovered a method of infusing water with carbon dioxide (CO2) by suspending a bowl of water over a vat of fermenting beer in a brewery in Leeds, England.

Carbonated water drinks are a result of a crazy parallax because there were many notable contributors.

When the fad of soda drinks became a big happening. the 1940’s and 50’s, Soda Fountains were never a deterrent for making bubbly fizzy drinks accessible anywhere else including households because grocery markets stocked them. Soda pop drinking became a pop culture and teens sat alone or with friend sipping on a soda while listening to records.

What is really interesting is, how many trendy drinks were there? what was the label and names and how were they related?

Today, there are no limits to the labeling, additives or derivatives due to technology and broader commercial uses and consumerism. But the … have come a long way from its humble beginnings.

And, as for Root beer, Pharmacist Charles Elmer Hires was the first to successfully market a commercial brand of root beer. Hires developed his root tea made from sassafras in 1875, debuted a commercial version of root beer at the Philadelphia Centennial Exposition in 1876, and began selling his extract. 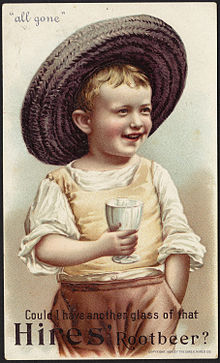 The first cola-flavored soda was sold in 1881 and Dr. Pepper was invented four years later. Coca-Cola was actually made with a small amount of cocaine.***

Cola is a sweetened, carbonated soft drink flavored with vanilla, cinnamon, citrus oils and other flavorings. Most contain caffeine, which was originally sourced from the kola nut, leading to the drink’s name, though other sources are now also used. Cola became popular worldwide after pharmacist John Pemberton invented Coca-Cola in 1886.[3][4] His non-alcoholic recipe was inspired by the coca wine of pharmacist Angelo Mariani, created in 1863.

Dr John Stith Pemberton, a local pharmacist at Jacobs’ Pharmacy in Atlanta, Georgia, sold Coca Cola for 5 cents a glass. Pepsi was invented by pharmacist Caleb Bradham, at his own drugstore, Bradham’s, in New Bern, North Carolina, in 1893.

The name “Dr. Pepper” was first used commercially in 1885. It was introduced nationally in the United States at the 1904 Louisiana Purchase Exposition as a new kind of soda pop, made with 23 flavors. Its introduction in 1885 preceded the introduction of Coca-Cola by one year.

It was formulated by Brooklyn-born pharmacist Charles Alderton in Morrison’s Old Corner Drug Store in Waco, Texas. To test his new drink, he first offered it to store owner Wade Morrison, who also found it to his liking. Patrons at Morrison’s soda fountain soon learned of Alderton’s new drink and began ordering a “Waco”. Alderton gave the formula to Morrison, who named it Dr. Pepper (later stylized as “Dr Pepper”).

Early advertisements for this soft drink made medical claims, stating that it “aids digestion and restores vim, vigor, and vitality.”

As with Coca-Cola, the formula for Dr Pepper is a trade secret, and allegedly the recipe is kept as two halves in safe deposit boxes in two separate Dallas banks. A persistent rumor since the 1930s is that the drink contains prune juice, but the official Dr Pepper FAQ refutes this with “Dr Pepper is a unique blend of natural and artificial flavors; it does not contain prune juice.”

The origin of the rumor is unknown; some believe it was started by a deliveryman for a competitor trying to cast aspersions based on prune juice’s laxative effects, but it may simply be because many people feel that Dr Pepper tastes similar to prune juice.

Most modern colas contain caramel color, and are sweetened with sugar and/or high-fructose corn syrup. They now come in numerous different brands. Among them, the most popular are Coca-Cola and Pepsi. These two companies have been competing since the 1890s, but their rivalry has intensified since the 1980s.

What would the human image of Dr. Pepper be today? Your guess is as good as ours!

10 thoughts on “DR. PEPPER! The Associated Facts and the History of Soda Drinks”