David Janssen rose to fame when he nailed a leading role in “The Fugitive.” The actor’s persistence led him to stardom — but it was cut short by his sudden death.

After his family settled down in Hollywood, teenage Janssen developed an interest in acting. At the age of 18, he signed a contract with 20th Century-Fox and debuted his acting in the 1945 film, “It’s a Pleasure,” as shown in his IMDb profile.

The Nebraska-born actor, however, got into an early setback due to his physical features. The studio dropped him off as they were disappointed by his odd hairline and big prominent ears.

David Janssen in a tux and top coat in New York, circa 1960. | Photo: Getty Images

HIS MOST MEMORABLE CHARACTER

After his disappointments in the past, Janssen redeemed himself as an actor. He became a memorable figure in “The Fugitive,” as reported by Closer Weekly.

He got several calls from strangers each week because of his role as Dr. Richard Kimble. “I’ve had many surprises in my acting career,” he said in a past interview.

He died of a heart attack on February 13, 1980, just a month away from his birthday. 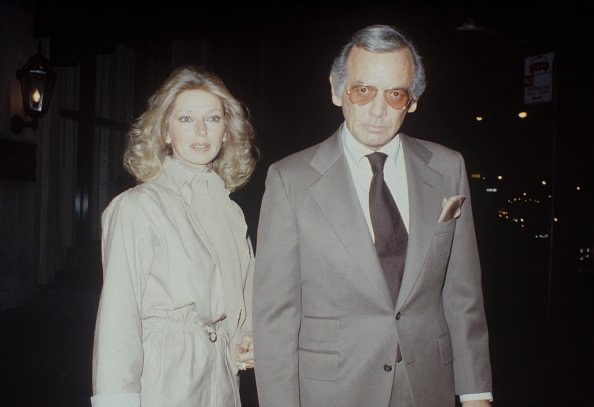 David Janssen with is wife Dani in New York, circa 1970. | Photo: Getty Images

The Fugitive was a drama television series about a doctor wrongly accused over his wife’s murder. It was a hit from 1963 until 1967, as stated by IMDb.

The “Harry O” was his final TV show where he played private detective and former cop Harry Orwell. As his life changed, Janssen became a heavy drinker and a heavy smoker that led to a sad ending, as reported by Closer Weekly. Read full story at source—>>

10 thoughts on “The Life and Sad Ending of David Janssen”

America On Coffee is a blogging network dedicated to the preservation of the U.S.A.'s culture, heritage and traditions.The simple things of life are what we share best.Great coffee, wholesome people, make it all the better. AmericaOnCoffee (AOC) authors its 'owned', shared works.  Shares that are not noted as owned by (AOC),  DO NOT belong to (AOC) BUT belong to their own rightful owners. View all posts by Americaoncoffee