Morton Salt is an American company producing salt for food, water conditioning, industrial, agricultural, and road/highway use. Based in Chicago,[1] the business is North America’s leading producer and marketer of salt. It is a subsidiary of the German company K+S.
The company began in Chicago, Illinois, in 1848 as a small sales agency, E. I. Wheeler, started by the Onondaga salt companies to sell their salt to the Midwest. In 1910, the business, which had by that time become both a manufacturer and a merchant of salt, was incorporated as the Morton Salt Company.[2] It was named after the owner and founder, Joy Morton, the son of J. Sterling Morton[3] who founded Arbor Day. Joy Morton starting working for E. I. Wheeler in 1880, buying into the company for $10,000, with which he bought a fleet of lake boats to move salt west.[4] In 1982, the business was purchased by Thiokol Corporation, producing Morton Thiokol Incorporated (MTI). Morton Thiokol divested itself of Morton in 1989, following the 1986 Space Shuttle Challenger disaster, which was blamed on Morton Thiokol products. Morton received the company’s consumer chemical products divisions, while Thiokol retained only the space propulsion systems concern.

was acquired by the Philadelphia-based Rohm and Haas Company, Inc. and operated as a division of that company[2] along with the Canadian Salt Company (which Morton had acquired in 1954).[3]

On 2 April 2009, it was reported that Morton Salt was being acquired by German fertilizer and salt company K+S for a total enterprise value of US$1.7bn.[5] The sale, completed by October 2009, was in conjunction with the Dow Chemical Company’s takeover of Rohm and Haas.[6][7][8]

How A Little Girl Grew Up To Be An Icon 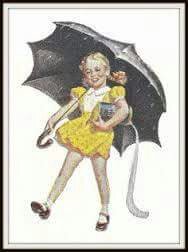 One thought on “WHEN IT RAINS IT POURS ….America’s Salt History”